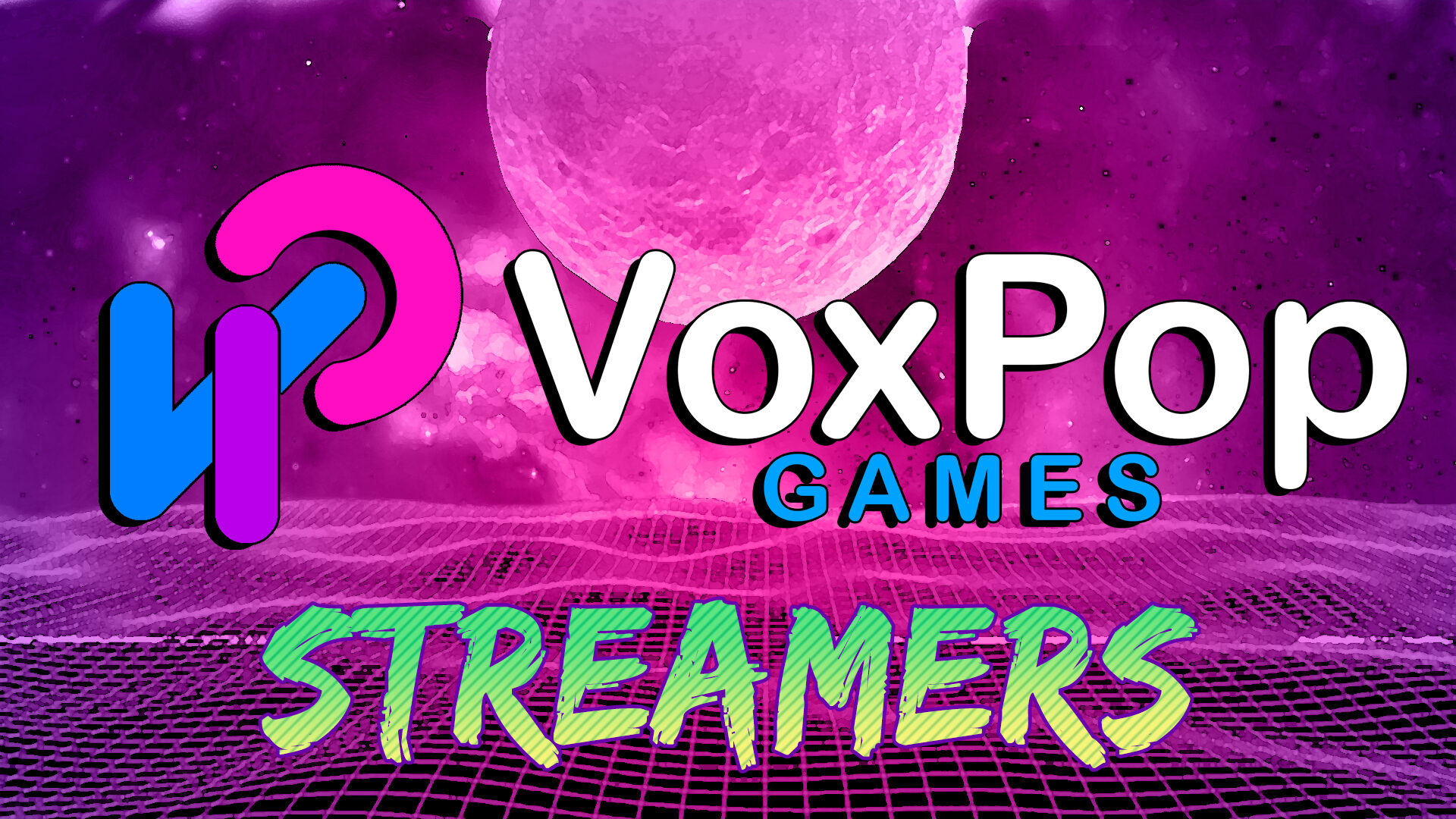 VoxPop Games has a Platform Streamer Partner Team that supports VoxPop Games by working along side with the Indie Developers on the platform to showcase their games both to their own communities and the wider Twitch platform.

The team is made up of both Streamers and Sponsored Streamers from various countries around the world, enabling VoxPop Games to get the word out about their platform and the awesome Indie Games on the platform!

The VoxPop Games Platform Originally launched as a closed Beta on 20/04/20 and is now live as a open Beta, it’s worth a checkout as of 28/09/20 there have been a lot of platform updates along with a whole host of new Indie Games to the Platform and it continues to grow!

Version 2.0 of the VoxPop Games platform is now Live bringing a host of improvements to the Platform, new features for the Platform Dev & Platfrom Streaming Partners.

The three key groups are the sponsored affiliates, Ardens VoxPop games stream team (Partnership between Ardens Esports and VoxPop Games) and the platform streamer partners, their mission statement is simple…

Support VoxPop Games, help promote the indie developer partners and their games, provide alternative audience source to showcase everything to do with VoxPop Games.

You can watch the VoxPop Streamers live and catch the latest or popular indie games from the platform…be indie or be square!